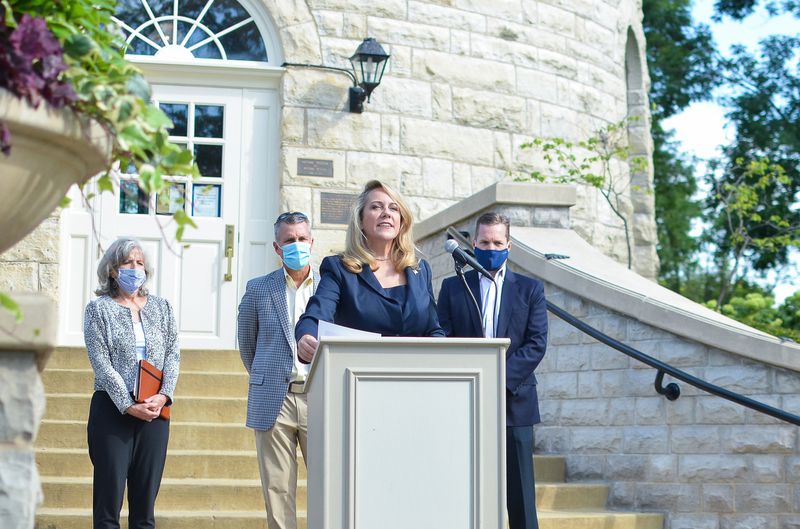 State Rep. Deanne Mazzochi has proposed legislation that would protect residents from a proliferation of Densified 4G/5G equipment and require reliable information about the effects of the new wireless frequencies and modulation that is being proposed for Illinois residential neighborhoods. Is this Densified 4G/5G Grid near homes necessary or even worth it?

“When [Verizon] went out in these 11 [5G test] markets, we tested for well over a year, so we could see every part of foliage and every storm that went through. We have now busted the myth that [5G frequencies] have to be line-of-sight — they do not. We busted the myth that foliage will shut [5G] down . . . that does not happen. And the 200 feet from a home? We are now designing the network for over 2,000 feet from transmitter to receiver, which has a huge impact on our capital need going forward.”

Mazzochi, a Republican from Elmhurst, has filed House Bill 5818, the “Protect Me From [Densified 4G/]5G Infrastructure Act,” which among other measures would require wireless companies to provide a plan to monitor and record daily levels of radio frequency emissions produced by Wireless equipment of Any G, analyze noise (noise is electromagnetic power transmitted through the air — noise that can ruin the Quiet Enjoyment of Streets (QES)) for so-called “small” Wireless Telecommunications Facilities (sWTFs) and ancillary equipment , and allow local governments to require new wireless antennas be installed on existing poles, where appropriate, to limit the number of new poles.

Mazzochi and officials from Western Springs, Hinsdale and Clarendon Hills held a press conference Thursday at Tower Green in Western Springs to talk about the need for legislation to return control of wireless infrastructure to local municipalities.

For Clarendon Hills Village President Len Austin, the issue is transparency. Telecommunication companies should be clear about

“Our residents are extremely reasonable and educated people that simply want answers that we can’t give them, because we don’t have the information and that is the hardest part. We don’t want to see (our villages) littered with multiple poles in multiple locations. . . . We want to make sure things are done in a fashion that is not detrimental to our property values.” 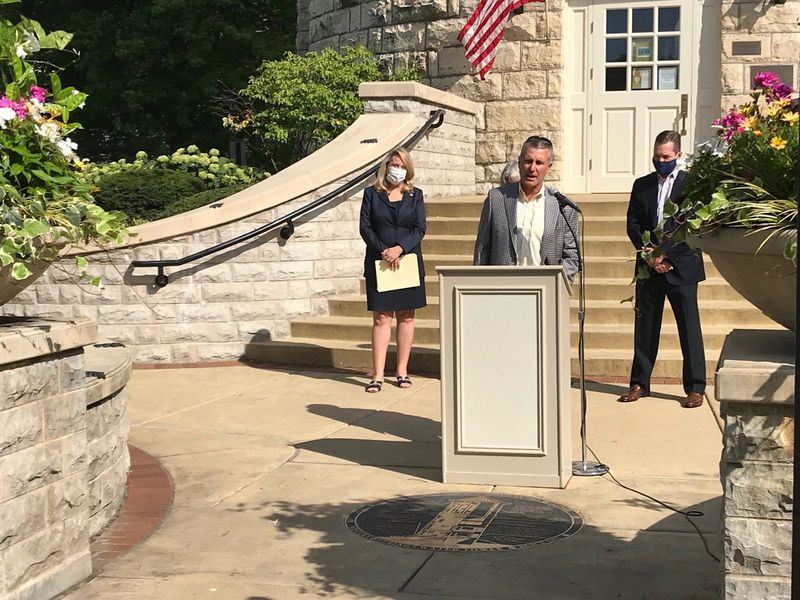 When the original Illinois sWTF bill, IL SB.1451 was passed in 2018, it had strong backing from the telecommunications industry (because it was a huge gift to this trillion-dollar industry), some bipartisan support and some, but not enough bipartisan opposition.,

The result has been the disaster that Ilinois cities, towns and villages are enduring today:

sWTFs are falsely branded. They are 25 million times more powerful than Macro Cell Towers, once you consider the metric that matters — the intensities of the toxic pollutant (RF/MW radiation) that reaches second- and third-story bedrooms:

Mazzochi, who was not a state legislator then, said:

“That bill, [SB.1451] was designed to take away a lot of local control options that were still left under FCC (Federal Communications Commission) provisions. It [unnecessarily] preempted local control.”

To drive that point home, Rep. Mazzochi chose a strategic wake-up day to introduce her new bill HB. 5818 — one day after August 12, 2020 — the day the Ninth Circuit Court of Appeals vacated portions of the Sept 2018 FCC Order 18-133, the Streamline sWTF Deployment Order:

“It would be an absolute blight on all of our communities,” Stifflear said.

Hinsdale has been looking at the issue of wireless infrastructure for years, Stifflear said, and it’s not a “nimby” situation, meaning “not in my backyard,” where residents oppose anything that might negatively affect their property values.

“It will be in everybody’s front yard,” Stifflear said. 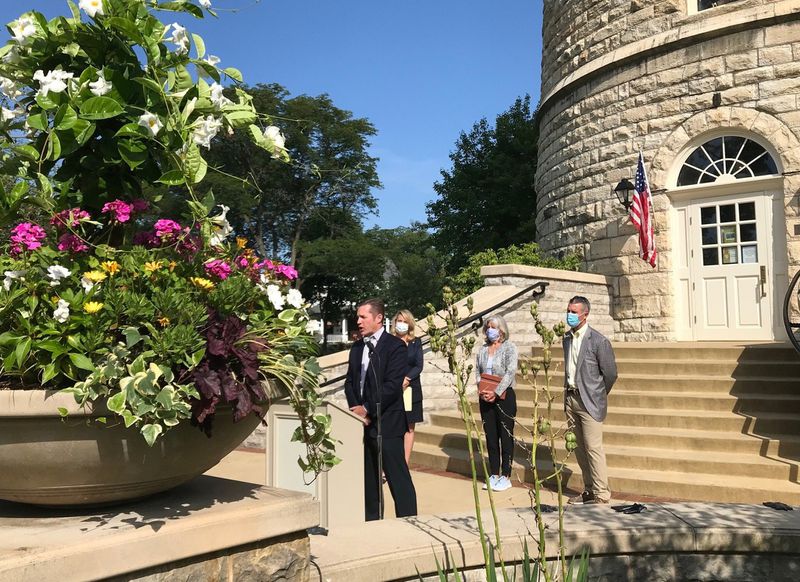 insdale Village Trustee Luke Stifflear says opposition to 5G infrastructure is not a “not in my backyard” situation. (Kimberly Fornek / Pioneer Press)

House Bill 5818 would not prohibit 5G cells and antennas or limit residents’ telecommunication access, Stifflear said. The bill would give control back to local municipalities, “to control aesthetics, to control timing and to control location,” he said. He encouraged all residents to support the bill proactively.

“The next step is to start getting all of our other suburban legislators signing on in support,” Mazzochi said. “The goal is to get this moving during the veto session in November.”

Some of her Democratic colleagues have told her 5G does not seem to be a big issue in their district, Mazzochi said, but the infrastructure may not have come to their district yet.

Towns, such as Lemont, Naperville and Western Springs, have received applications for 5G installations, Mazzochi said.

An attorney working for Western Springs, Hinsdale and Clarendon Hills replied to Verizon that due to village staff demands, cost and the time associated with reviewing the applications, and the “predictable community outcry,” those applications would be “extremely unwelcome” during the pandemic.

“Before you start installing these on someone’s block, you should really make sure you’ve got genuine buy-in from the people who live there, Mazzochi said. “Because if someone truly does not want this in their neighborhood, why should they have it shoved down their throats?”

Her bill also would help verify that all the FCC standards will be complied with and wireless companies’ predictions about radiation exposure and environmental impact are accurate.

“That is exactly why it is so important that our local communities be empowered to get that data . .to help keep our residents and families safe.”

The small cell wireless law from 2018 also is coming up for reauthorization in 2021, Mazzochi said. Since the General Assembly will have to look at the law anyway, it makes sense to re-examine and improve it now, she said.

“We want to vote people in who will fight for us,” Rosenberg said.

“People want to have a say in what goes in their public right of way,” said Nancy Perlman of Glen Ellyn. “Let each community choose.”